ALASKA IS DOING THE RIGHT THING WITH COVID19 (so far) 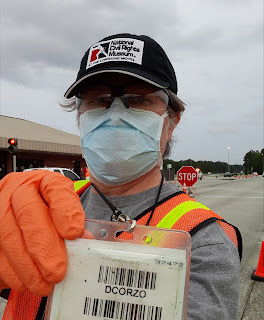 So I recently shared with some Facebook groups members in private messages how a guy called me a "fucking commie," not online from a keyboard as usual, but to my face; and I almost got him ticketed or arrested by the Blue backing me on the side. Some Trump supporters will be disappointed in my revelation here since they usually assume I'm a 'Libtard' on welfare, or living in my mom's basement, or that I'm working for George Soros in a foreign troll farm. Or maybe I'm able to multitask.

Given the loss of jobs and our business due to the COVID19 pandemic, I recently got hired with the US Department of Health to screen travelers on the border of eastern states because of hot zones like New York. The guy in question was a driver from North Carolina who refused to answer my questions about where he was coming from and he was heading with his wife/girlfriend. We're trying to contain a virus spread from state to state, but he acted like we were treating him like a criminal and infringing on his citizen rights. After threatening and insulting me and my female coworker for a minute or two, I simply went to the highway patrol officer a few feet away to tell him the situation with this unruly peon. When the driver and his female companion saw me communicating with the officer, the poor wife/girlfriend finally let us have the information requested and avoided a further confrontation with the police. And off they went bitching on their way. We get people resisting to tell us where they are coming from or where they are going, but they don't usually get so worked up like this guy did. By the way, I’m also reading George Orwell’s 1984 on my breaks for comrade pleasure and reinforcement. 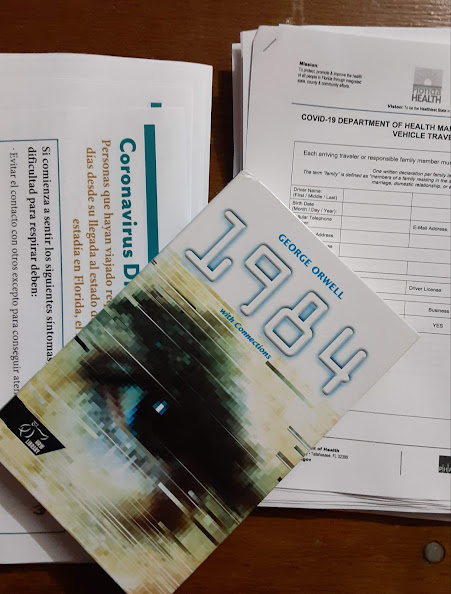 The screwed up part with this pandemic is that selfish unruly people want to make it the issue of constitutional, states and individual rights. Every state is free to do whatever the heck they want in any other situation; but no, sir, not in this virus pandemic. Some states are strict and logically recovering better and faster and other states are not, and very likely spreading it more. They argue the constitutional right to choose and that citizens are not to be controlled by the government even in the face of a virus pandemic. American people do not seem to be able to tell the difference between simple virus pandemic preventive measures and dictatorial regime draconian rules or a human foreign invasion. And Google-search paranoid know-it-alls keep talking about baseless conspiracies about US Center for Disease Control’s Dr. Anthony Fauci and Microsoft’s Bill Gates, or  "slippery slopes" that lead to tyranny if we all citizens agree to a uniform lockdown across all states equally. Meanwhile, the world laughs at the dog-eats-dog lunacy that the United States has become.

An analogy going around that is very fitting is that of a large swimming pool having peeing sections. It's still going to spread all over by laws of nature and biology, regardless of citizens rights and laws written on paper.

I had other minor altercations with other illogical folks on the state borders telling me they won't tell me where they are coming from or where they are going. Because they reason wrongly, their logic is they are not suspects or criminals, therefore they refuse to have their citizen rights abused. Police are getting involved when necessary to get the info at the checkpoint. But the authorities are sometimes letting them go depending on the state if they refuse to provide their info, on the basis of the "Godly" Constitution. 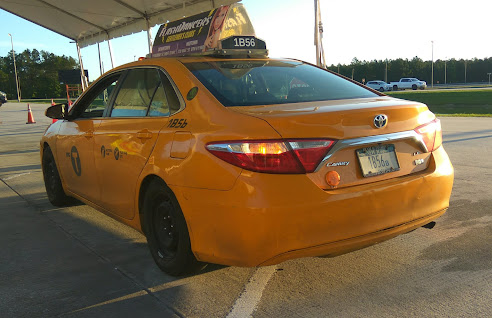 What the States need to do is emulate what governments have done in Finland, Taiwan or China. Forget individual rights briefly, it's the community rights for the sake of all. This virus spread problem would have been over much more quickly is the government tightened their grip and straightened out ignorant foolishness. Many defend it as each citizen has the common sense and will to decide for themselves. Are you kidding? If one gets infected, one will spread it to other people. It's not a Supreme Court argument. It's a fact of life and death.

Petty people are even physically fighting against wearing simple masks at supermarkets and other public places, as their own individual choice, and even in one case a security guard was shot because of this. It’s low IQ madness. Paranoid fools are equating wearing face masks to wearing chains and other "Big Brother is watching" nonsense. How dim is that? This American constitutional rights issue is going to make things worse. And in my opinion, the Constitution needs to be amended to address scenarios like this. The Founding Fathers would agree with this exception if a deadly pandemic hit a young United States back then, and if they had the present medical knowledge. 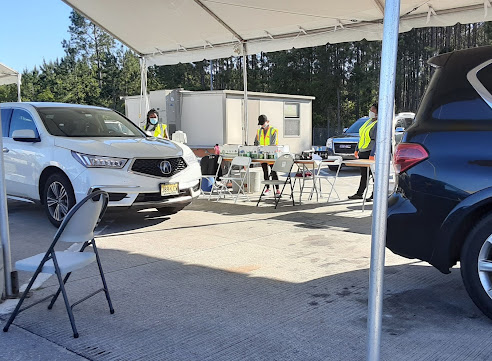 The country has only been shut down at mediocre levels by each state's choice and Governors acting accordingly like Michigan Gov. Gretchen Whitmer are being demonized by opportunistic divisive non-experts like conservative Turning Point USA's talking head Candace Owens and Fox News' host Laura Ingraham. That irrational approach risks the country being burdened with COVID19 through the summer and beyond until all of our leaders act logically and treat the country like one sick body and extend the same measures all over without constitutional BS and selfish individual rights. Only then, we will pass this challenging time more quickly and efficiently like capitalist communist China or capitalist democratic South Korea, which already opened up after a real lockdown.

*The screenshots below give you an idea of what is being done effectively in some states of America. 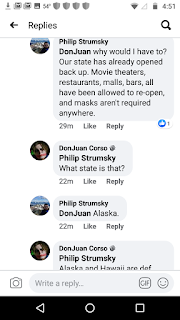 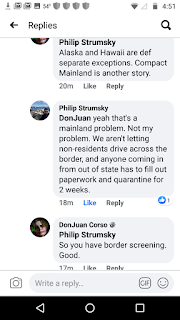 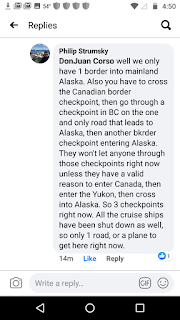 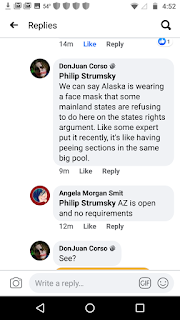