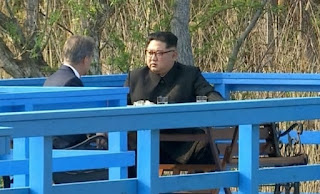 NOTE: This is satirical take on the current U.S.A. - Koreas relations. Any similarity with reality is a coincidence, but can be considered a possibility.
Posted by Don Juan Corzo at 8:29 AM No comments: